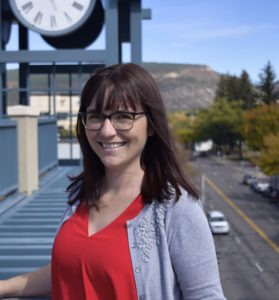 Laurah Cox grew up in Seattle, WA. She found her way to New York City and graduated from Mercy College with degrees in Criminal Justice and Psychology. Ms. Cox returned to Seattle and spent two years volunteering for AmeriCorps working in prisons and with children of incarcerated parents. In 2010, she was granted the Thomas More Scholarship at Gonzaga University School of Law for her dedication to community service. While attending Gonzaga she worked for the Seattle Public Defender, Gonzaga’s Elder Law Clinic, and helped manage the Foreclosure Defense Clinic.

In 2013, Ms. Cox earned her bar admission in Washington State and continued working in Consumer Protection and Foreclosure Defense. In 2014, she moved to the Four Corners area and earned her bar admission in New Mexico. She worked for the Law Office of the Public Defender in Aztec and Farmington. Ms. Cox carried a wide range of cases including misdemeanors and serious felonies. She has extensive experience in successfully defending clients in DUI jury trials.

In 2016, Ms. Cox married a Durango native and looks forward to serving the community she has called home since 2015. Ms. Cox is licensed to practice in New Mexico and the Colorado Supreme Court has authorized Laurah Cox to practice temporarily pending admission to the Colorado Bar under C.R.C.P. 205.6.